At its core, entrepreneurism is about great ideas. One timely, smart idea can provide the impetus needed to launch a company. 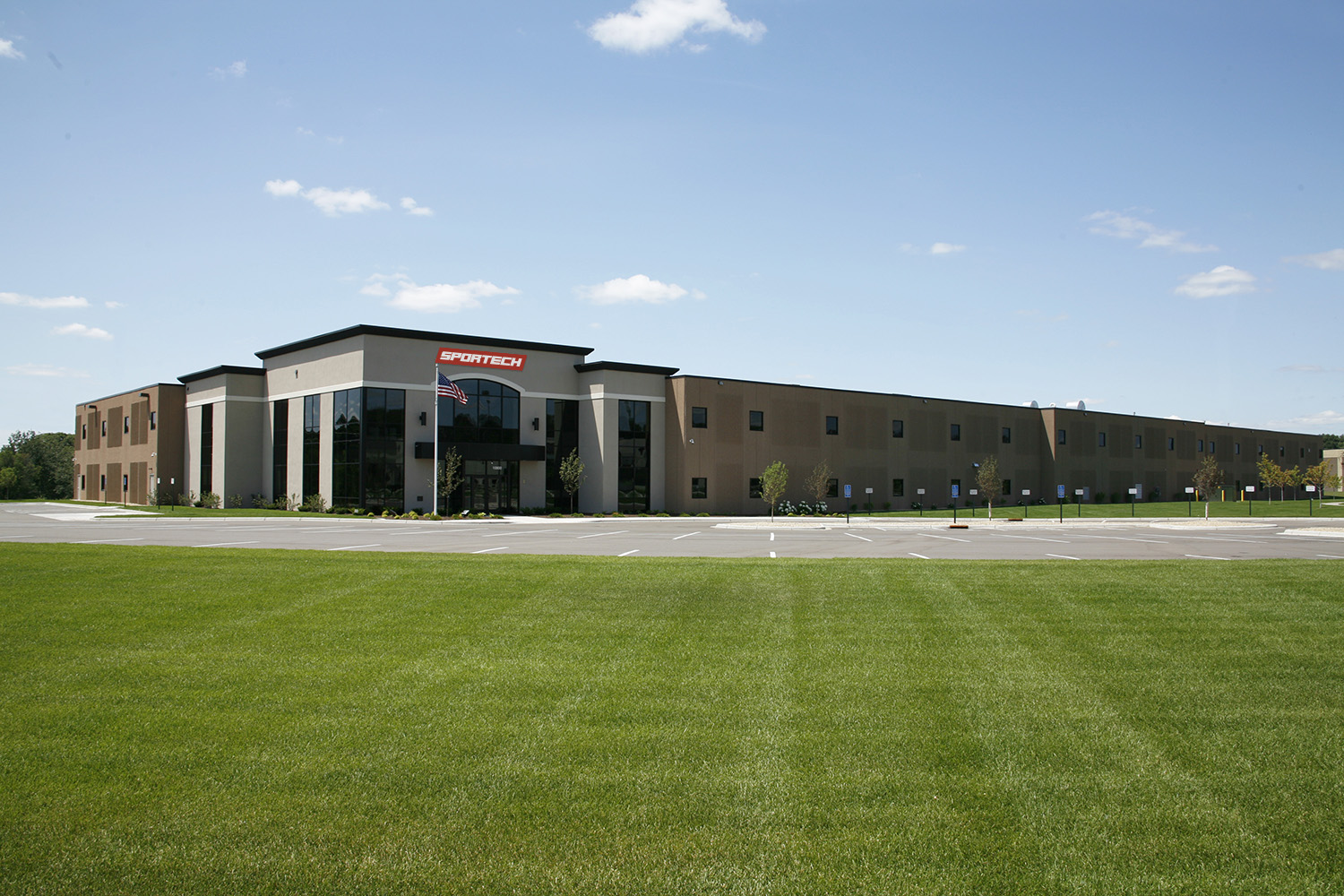 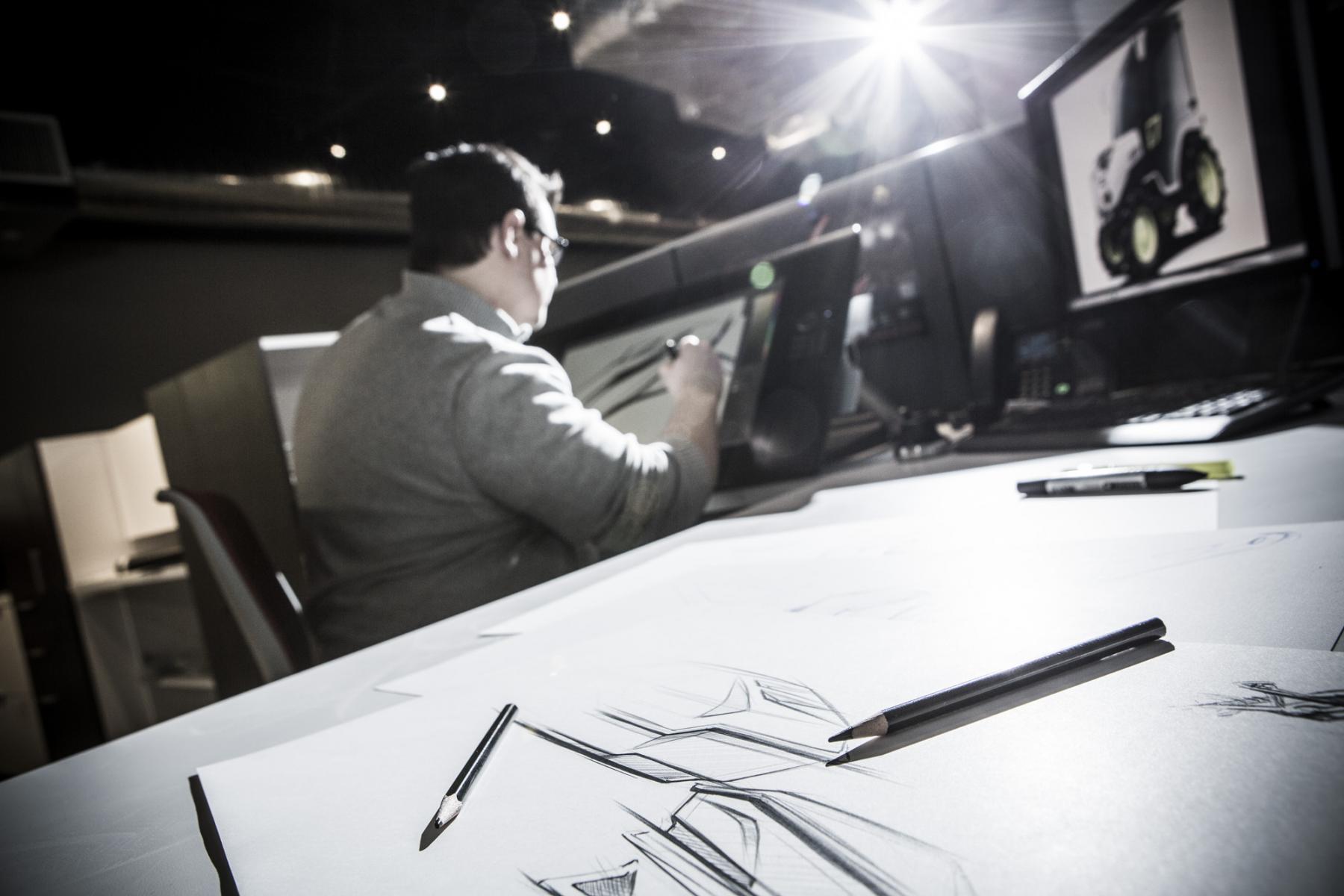 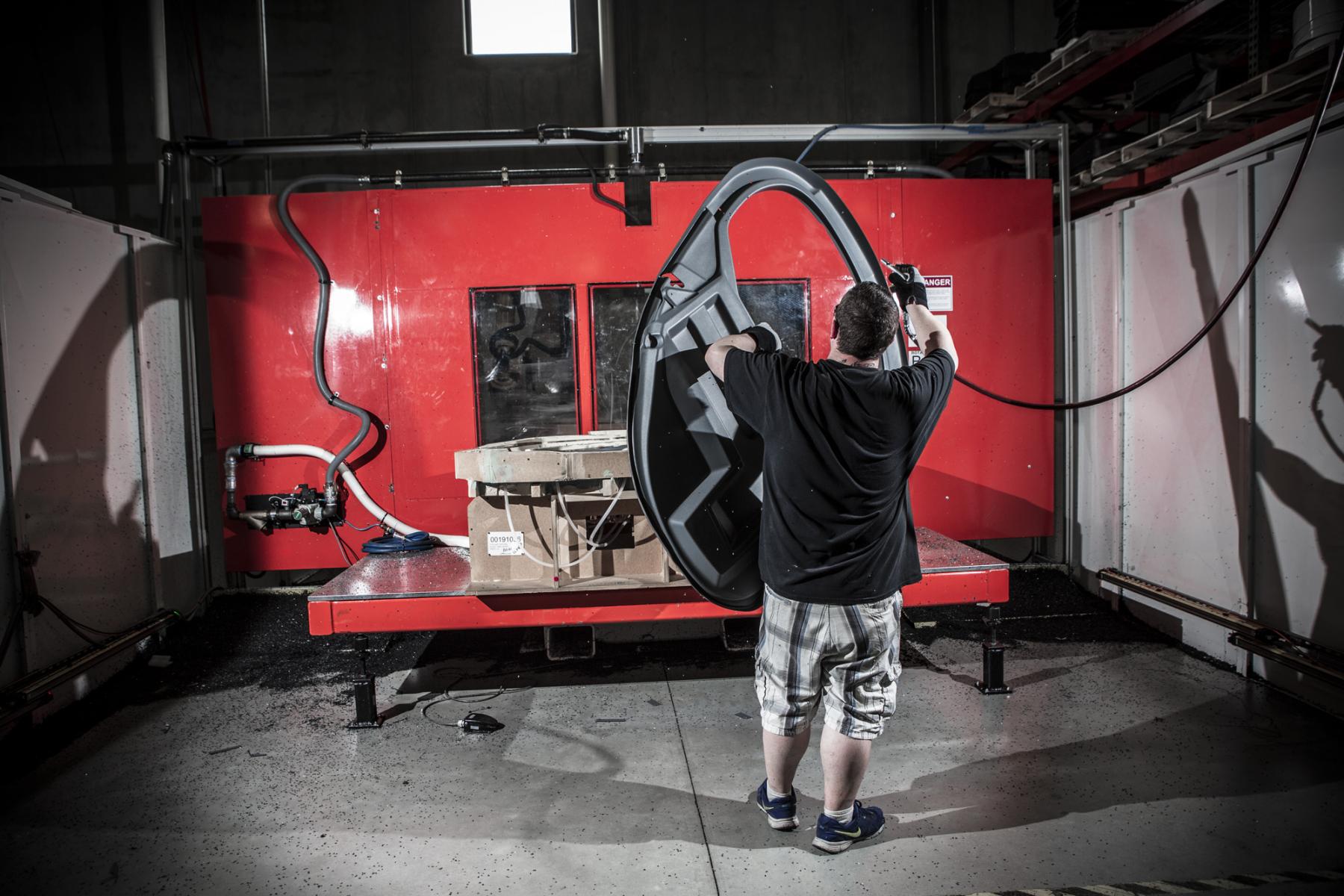 Father and son team Dallas and Chris Carlson founded Sportech in 1993 based on Dallas’ clever idea for one simple snowmobile accessory. That popularity of that initial product proved to be a solid foundation for the Carlsons to build upon.

“The company literally started with one product and grew through the years as we added more products and expanded our offerings beyond snowmobiles to ATVs, motorcycles, UTVs and a variety of other vehicles,” explains Sportech CEO Chris Carlson.

Diversification has been critical, according to Carlson. In 2001, the company made a strategic decision to aggressively pursue the UTV industry. Over the next decade, products it was designing and building for the UTV industry fueled Sportech’s exponential growth.

Today, Sportech continues to design, develop and produce a wide array of products and accessories for powersports such as enclosures, windshields and body panels. It’s recognized as a leader in UTV industry, supplying the largest OEMs in the powersports industry.

Sportech sets itself apart with its innovation, design and quality products. “Our growth has been sustained through the years through an unwavering corporate commitment to innovation, and a strong desire to differentiate ourselves from our competitors,” says Carlson.

The company offers a unique culture that emphasizes core values such as trust and integrity. It’s led by a “people first” mantra because Carlson recognizes good employees are one of the company’s key differentiators.

With a staff of nearly 300 people, Sportech is one of Elk River’s major employers. It offers benefits and paid time off. It also prioritizes employee education and training. Last year, the company increased its minimum starting wage for entry level manufacturing jobs to $15 an hour in an effort to attract and retain the best workers.

Sportech rewards dedicated employees that exhibit drive and passion. Employees are encouraged to think outside the box, be creative and share their ideas for improvement. In such an open and supportive atmosphere, ideas thrive.

In 2018, Sportech is celebrating its 25th year. Carlson anticipates a record year of growth. “We’re experiencing some of the strongest business conditions today that we’ve ever experienced, and as we look into the future we see continued growth,” he says. 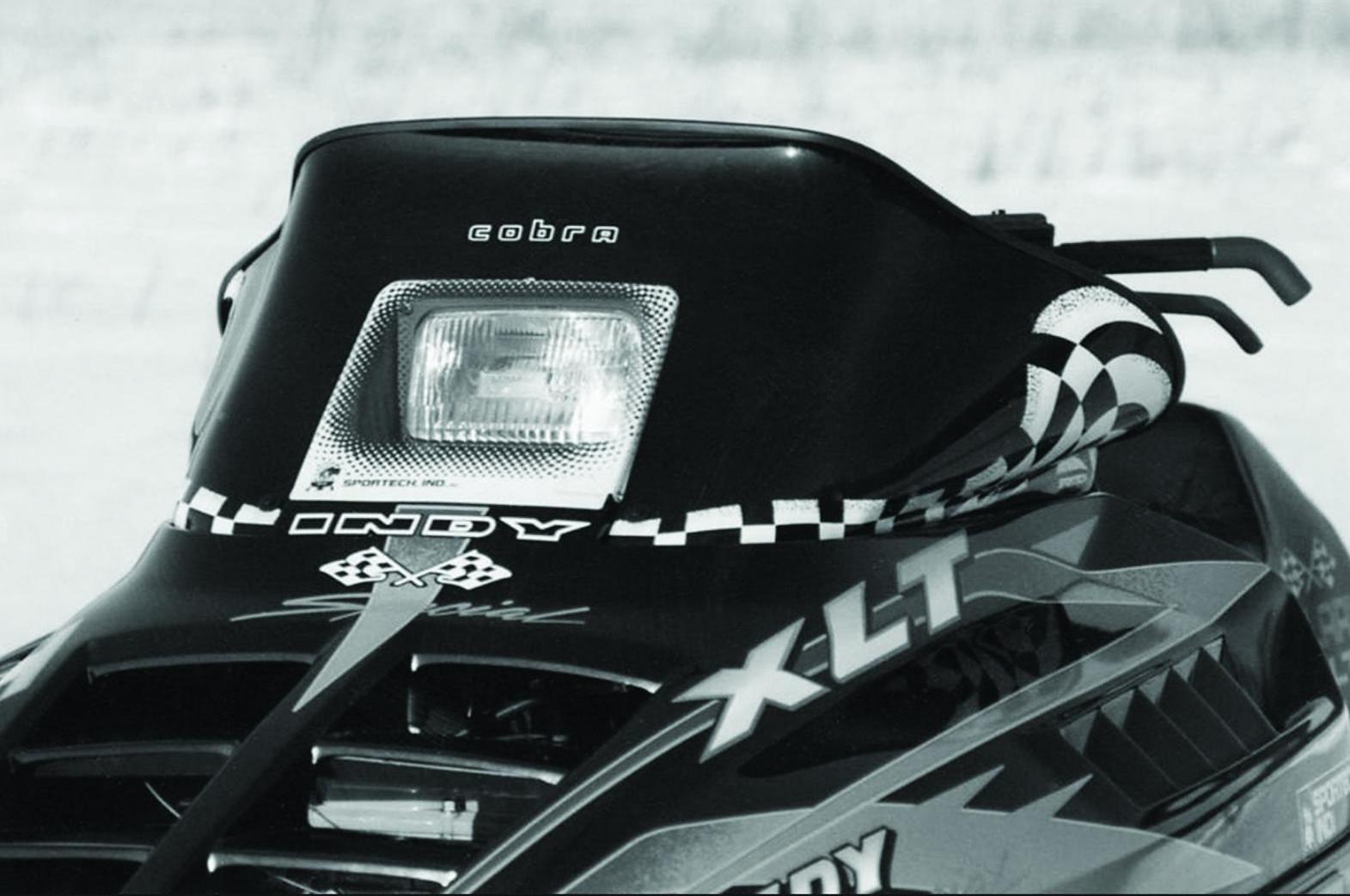 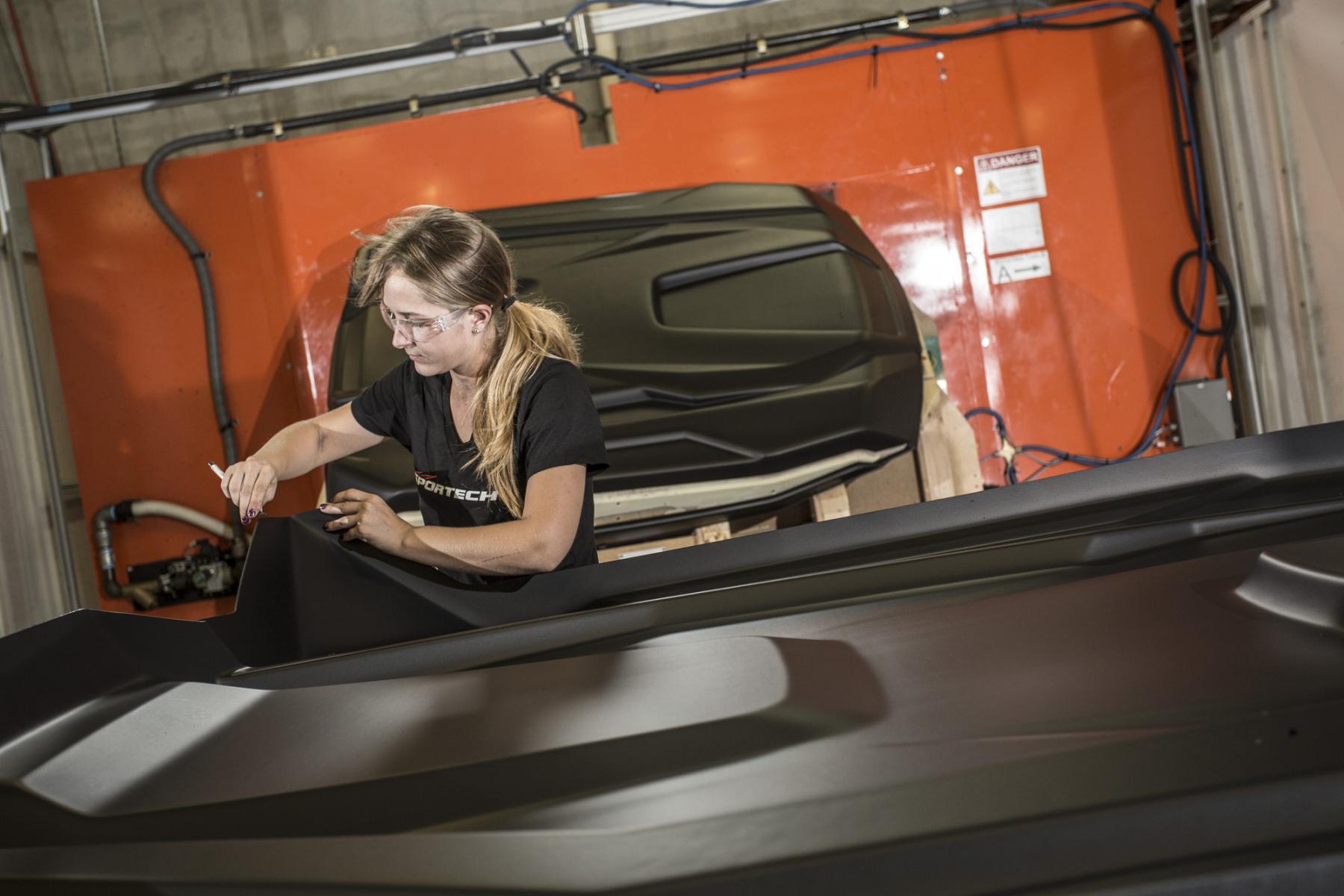 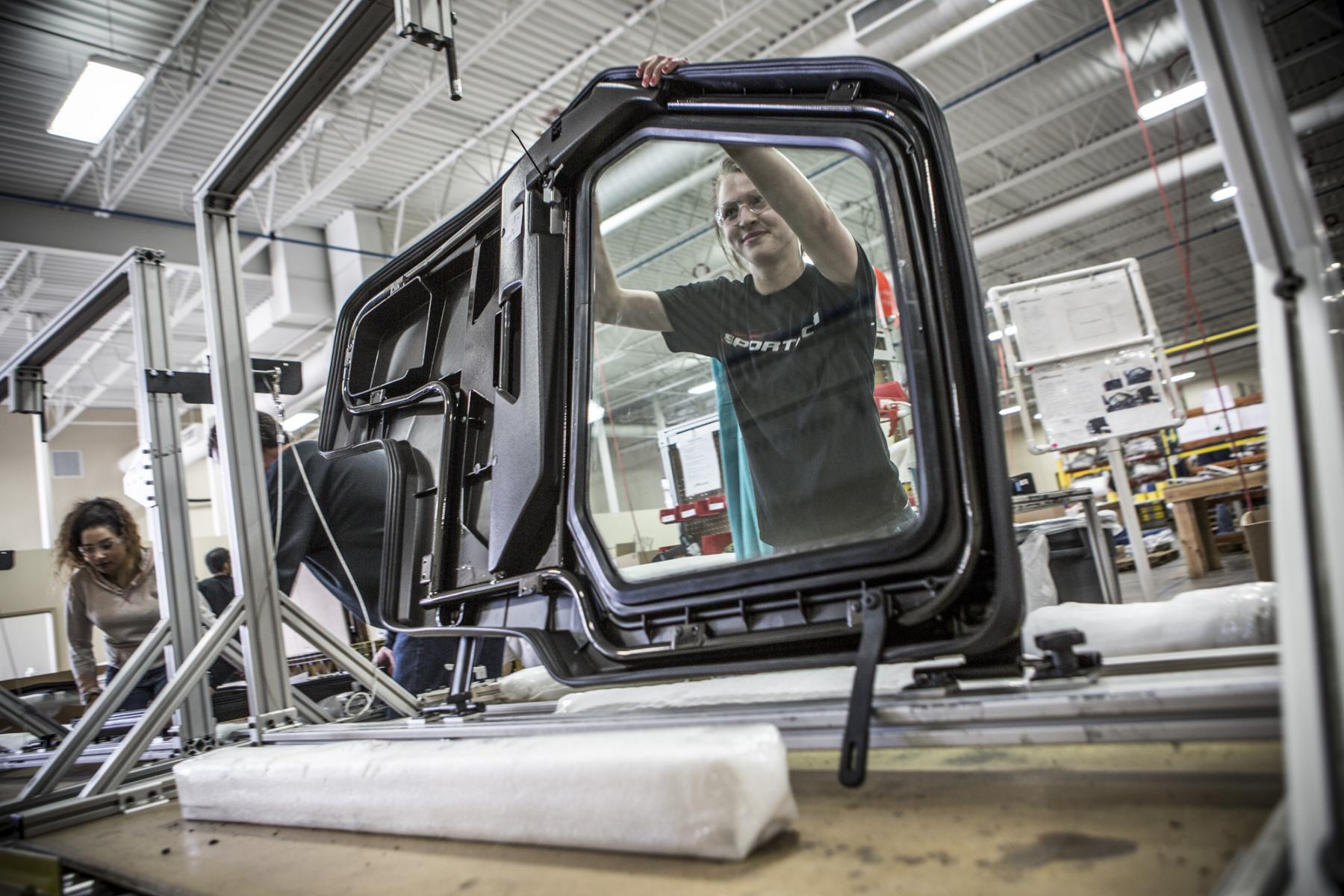 The company will focus on a similar combination of winning tactics as it moves into the future. “We’ll continue to focus on diversification, seeking opportunities in adjacent industries outside of our core such as agriculture, lawn and turf, marine, material handling and golf,” says Carlson. “We’ll also continue to run the company with the same operational philosophy and core values that we’ve utilized since day one. We’ll continue to live by our ‘people first’ core purpose, and we’ll be quick to acknowledge that our amazing Sportech team members are one of our top secrets to success.”

May 9 2018
ST. PAUL — Mexicans eat nearly $23 million worth of Minnesota turkey products a year, and Canadians consume about half that. The two United States neighbors and Hong Kong are, by far, the major importers of Minnesota turkey. At the same time, Canada sells $364 million of wood to Minnesota and Mexic...Continue Reading

May 8 2018
In a nationwide study, they rank first; the state's women rank fourth. Mississippi comes in last. Men in Minnesota live longer than those in any other state. Minnesota women rank fourth. These above-average findings were published this week in the Journal of the American Medical Association. Overall, residents of the North Star Stat...Continue Reading

May 7 2018
Homeownership seems out of reach for Amy Kielmeyer. Saddled with about $80,000 in student debt, the University of North Dakota lecturer rents an apartment in East Grand Forks, Minn. Absent a boost in income, she doesn’t foresee being able to afford a home of her own. “When I really sit down an...Continue Reading